1. The royal wedding of Prince Williams and Kate Middleton
is at the doorstep. The royal wedding of Queen Elizabeth
was in 1947 with Philip Mountbatten. What was the wedding
gift given by Pundit Jawaharlal Nehru to the royal bride?
2. Which royal wedding was the first to be broadcasted live?
3. How is the chemical with molecular formula C9H6Cl6O3S
better known?
4. Which politician is cartooned in this Amul Ad along with
Rahul Gandhi for describing Rahul an "Amul Baby" in repartee
to his statement about the age of the former?

5.Duncan Fletcher has been appointed coach of the Indian cricket
team. For which country he skippered in the 1983 world cup?
6. Most influential spiritual leader of India Sathya Sai Baba
passed away. Apart from being a spiritual mentor he has done
a lot of social service activities like establishment of hospitals,
universities, water canal projects etc. Nevertheless he was
criticised severely for his magic tricks to convince the common
man that he was an incarnation of God. The question is that
what was his actual name?
7. What is the name of the Indian-American whose book on
cancer 'The Emperor of All Maladies: A biography of Cancer'
won the coveted 2011 Pulitzer prize in the general non-fiction
category?
8. Which newspaper won its only Pulitzer for an editorial on the
debate over health care legislation?
9. What is the name of the first indigenous micro-satellite of
Singapore launched by India with the aid of its PSLV-C16
mission?
10. The "suwoni festival" organised as a part of the Rangoli Bihu
festival exhibits vibrant elephant fights. Bihu is the traditional
festival of which Indian state? 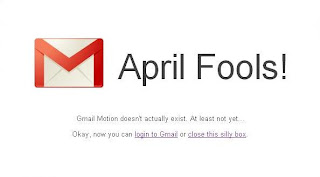 1. Which technology was introduced by Google to befoolen its Gmail users
on the day of April Fools this year(2011)?


2. Which American author is in the soup for allegedly writing negative remarks
in his book 'Great Soul: Mahatma Gandhi and hisstruggle with India'?


3. In which state the anti-corruption crusader Anna Hazare was born?


5. Which Indian magician was honoured with the Merlin award, known as the
'oscar' for magicians to become the second Indian to bag it after P.C. Sarkar(1996)?


6. Who is the newly elected prime minister of the feud-struck Syria?


7. Which person's achievement was comemmorated by the journey
of Alexander Samokutyaev, Andri Borisenco and Ron Garren?


8. Who is the new president of Haiti, the country which hasn't yet
recovered from the aftermaths of an earthquake?


9. Who stepped down as the army chief of Myanmar?
He kept the nation under his tyranny for two decades.


10. Elizabeth Taylor, the icon of hollywood in the 1960's passed away.
What is the name of her debut movie?


NOTE THE EDITION &
CLICK HERE for answers
copyrighted to Quiz Champion No comments: