1.     Which tennis beauty has been United Nations Development Project Goodwill Ambassador, concerned specifically with the Recovery and Development Programme since 2007?
Ans: Maria Sharapova
2.     Who is the first person in history to walk to both north and South Pole?
Ans: Robert Swan (British Explorer)
3.     Which country did overtake to become the second largest economic power in the world?
Ans:
4.     Skoda is the car making company of which country? 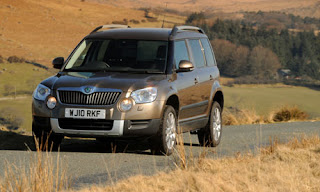 Ans:
5.     German car maker Mercedes-Benz launched a new E-class in ; a four seater priced at Rs. 64.50 lakh. What is the name given to this luxury car which is equipped with ‘Air Cap’ and has 272 hp of power?
Ans: Cabriolet
6.     Who is the chief executive of the based oil major ‘Cairn Energy’?
Ans: Bill Gammell
7.      This former Israeli soldier had to change her Facebook privacy settings because she posted pictures of herself on duty posing next to handcuffed, blindfolded Palestinians that provoked outrage?
Ans: Abergil
8.     Farmers came out with strong protest in UP against the new Expressway project saying that it would adversely affect the eco-system. This project was earlier known as Taj project. What is the present name of this project which evoked wide violence in its provinces?
Ans: Yamuna Expressway Project
9.     Who is the chairman of the Nalanda Mento Group (NMG) that is awaiting a resurrection of its ancient glories after being approved in the parliament?
Ans: Amartya Sen (Nobel laureate Economics)
10.Which country launched Vanguard 2010 a major air defense exercise along its eastern coast in order tosecure its territories and improve communication between different military regions?
Ans:
11.World’s highest railway line was opened in July 2006. Which places are connected by this line running at an altitude of 5000 metres?
Ans: province () to ()
12.Who is the new Chief Election commissioner of ?
Ans: S.Y.Quraishi
13.The opposition parties are making a row over the AFSPA bill in the parliament saying that the bill will give undesirable freedom to the soldiers in the valley. Expand AFSPA:
Ans: Armed Forces Special Powers Act
14.Which Haitian American hip-hop singer plans to seek the presidency of the earthquake battered country?
Ans: Wyclef Jean
15.Which country recently conducted a vote for approval of its new constitution that curtails the power of an imperial style presidency and paves the way for much needed reforms in the country?
Ans:
16.Who is the president of ?
Ans: Mwai Kibaki
17.In which museum at Times square() would you find the black suited wax statue of Shah Rukh Khan? 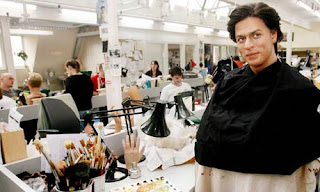 Ans: Madame Tussads
18. Who is the president of ?
Ans: Evo Morales
19.Japan’s PM, Naoto Kan and his cabinet recently shunned a visit to a war shrine that bears the memoirs of the second world war on the 65th anniversary of the end of the former.What is the name of the shrine? 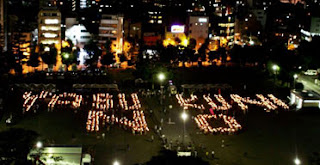 1.      The blackberry service is in point black for not disclosing the contents of their message and e-mail services to the security agencies. You would have come across the name of their manufacturers as RIM. Expand RIM:
2.      ‘Alo Presidente’ is the weekly broadcast of which country’s president and name him?
3.      Which is the first Indian made web browser which has the kudos of being the only browser having an in-built anti-spyware system?
4.      Who is the first canonized woman saint of whose birthday centenary was celebrated recently?
5.      Who directed the movie ‘Expendables’ starred by fire-branded actors like Jetly, Bruce Willis and Statham?
6.      Felipe Calderon is the president of which country?
7.      The superbug controversy was evoked by the discovery of NDM-1 bacteria. Expand it.
8.      Where is the largest clock in the world located?
9.       Which controversial place is associated with the zip code 10048?
10.  Who is the prime minister of ?
Answers
1.Research in Motion
2.Hugo Chavez()
3.Epic
4.St. Alphonsa
5.Sylvester Stallone
6.Mexico
7.New Delhi Metallo-beta-lactamase
8.Atop Abraj Al-Bail towers, Macca,Saudi
9.Freedom tower,Newyork city where World trade centre stood.(9/11)
10.Jose Luis Rodriguez Zapatero

"Taj hotel is revamped and is set to enthral guests"