This is my 150th post in Quiz Champion.
I thank all the readers and followers for helping me in this attempt.
Keep visiting the blog.
Kindly add your comments about this blog.

1.     The Turkish voters have backed a constitutional reform which aims at abridging the powers vested in military by making armed forces more accountable to civil courts. This package was led by the Turkish prime minister. 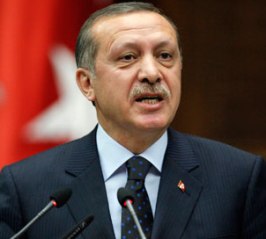 Name him?
2.     Which national park in Madhya Pradesh is reported to have lost its entire tiger population by the end of September 2010?
3.     Who is the chairman of PTI (Press trust of )?
4.     Which international world cup competition will be hosted by at Chennai in 2011?
5.     Former CMD of Goodyear India and founder trustee of Chennai Willington Corporation Foundation passed away recently. Name him?
6.     Who secured the Dada Saheb Falke award this year?
7.     IAF’s gigabyte digital information grid was dedicated to the nation by A.K.Antony in its quest to achieving a capability for network centric operation in collaborations with BSNL, HCL and CISCO. What is the name of the network?
8.     Who won the lifetime achievement award given by the Indian Journalist association?
9.     The Archaeological survey of has made a good progress in the restoration and conservation of a temple in through a 17 crore project which made the temple complex accessible and safe to the tourists. Name the temple which was built by Jayavarman VII in 12th century?
10.What is the name of the new moon mission project of ?
11.Which movie won the national award () for the best film as well as the best director?
12.Who is the chairman of ABC (Audit Bureau of Circulation)?

CLICK HERE FOR ANSWERS
copyrighted to Quiz Champion No comments:

1.     Tony Blair’s memoirs published recently expresses his anguish over the loss of innocent lives in . The book also reveals that his mindset is on a path of redemption which he thinks would be achieved through his peace efforts in . Which book reveals these anecdotes?
2.     Sonia Gandhi has been elected unopposed for a record fourth time as the congress president. Which person was replaced by Sonia Gandhi in 1998 after which the leadership stood safe in her hands?


3.     What is special about the birthday celebrations of Walter Breening?
4.     In connection with the death anniversary of Mother Teresa a new cathedral was inaugurated after her. In which place was it built to be the first of its kind in the country?
5.     By which ill-motivated activity Pastor Terry Jones become infamous?
6.     Which person is constructing a mosque at Ground Zero, the place where the WTC stood?
7.     World’s oldest stock certificate has been unearthed by a Dutch history student. It dates back to 1606. Which company issued it?
8.     Who is the present director general of DRDO?
9.     Name the French director who was one of the leaders of the new wave movement in 1950s and directed films viz., Le Beau Serge(first) , Bellany(last). He passed away on 13th September 2010.
10.Which film won the Gold Lion prize in the 67th Film festival? Who directed the film?


11.This Keralite became famous when a bench of High Court of which he was a member gave a verdict in 1999 banning smoking in public places. He is now promoting “Say no to tobacco” by a documentary named “Battling for epidemic”. Name him?
12.Which Indian parliamentarian’s autobiography is ‘Keeping the faith’?
13.Which video won the MTV award for the best video of the year?

Click here for answers
copyrighted to Quiz Champion No comments: